In the Name of Allah, Most Merciful and Compassionate

WHO ARE THE AWLIYA?

The word "waliyy" (pl. awliya') means "a friend of God." Allah Most High describes these people in Quran, saying, "Lo! The friends of Allah have no fear, nor do they grieve. [They are] those who have believed and are godfearing." (10:62) In the light of this verse, scholars explain that a "waliyy" is someone who believes in Allah and then acts according to his belief by fulfilling His commands and avoiding His prohibitions.

A famous classical commentator of the Quran, Imam al-Khazin, made the following remarks about this verse:

"The word "waliyy" is linguistically derived from "wala`", which means closeness and giving victory. A "waliyy" of Allah, then, is someone who draws close to Allah by performing everything that has been made obligatory for him. He is busied by Allah [from everything else] and his heart is drowned in direct experience of the light of Allah's majesty. Whenever he looks [at anything], he sees it as something that points to Allah's omnipotence; whenever he hears [anything], he hears it as something that reminds him of Allah; whenever he speaks, he speaks praises of Allah; whenever he moves, he moves to obey Allah; and whenever he exerts himself, he exerts himself in something that draws him closer to Allah. He never slackens in the remembrance of Allah, and his heart beholds none except Allah. This is a description of the "awliya'" of Allah. Whenever a servant of Allah fits this description, Allah is his friend, gives him victory, and helps him: Allah Most High says [in a verse in Surat al-Baqara], "Allah is the friend of those who believe."" (Tafsir al-Khazin)

THE MIRACLES OF THE AWLIYA

It is a tenet of Sunni belief that Allah Most High blesses some of his awliya' with miracles (Ar. karamat). Imam al-Laqani says in his authoritative 144-line versification of orthodox Sunni belief:

Affirm the miracles of the friends of Allah
and discard the words of whoever denies them.

Allah Most High is completely able to grant such miracles to whomever He wills, and instances of these miracles have been mentioned in the Quran and hadith corpus and have also been reliably transmitted from righteous people from the time of the Prophet (Allah bless him and give him peace) all the way to the present age

1.One type of miracle is the Hissi (apparent) miracle, that is, it is evident and clearly seen by the general public. For example, flying in the air, walking on water, foretelling the future, traversing hundreds of miles in one step, etc..

2.Another type of miracle is the Ma�nawi (spiritual) miracle, which can only be seen and perceived by special people. For example, control of carnal desires, adopting virtues by Divine Guidance, refraining from bad habits, and practicing all Waajibaat (compulsory acts) punctually and diligently. These types of miracles do not contain any connivance while it is probable those Hissi miracles to contain connivance. (Futuhaate Makkiyah)
The steadfast adherence to the Shari�ah is the best Karaamat. A true Saint is righteous and follows the path laid down by the Holy Prophet (sallal laahu alaihi wasallam).

Hazrat Bayazid Bustaami (radi Allahu anhu) cautions us: “If you see a person sitting cross-legged in the air, don�t be fooled by his act! Observe his approach/attitude to the compulsory acts (Fardh, Waajib) and prohibited acts (Haraam, Makruh Tahreemi) and detestable acts (Makrooh) and other restrictions and etiquette�s of the Shari�ah”. (Risaalah Qushayriya)

There are so many miracles of Huzoor Ghaus-e-Azam (Radiallahu Ta’ala Anh) that volumes can be written about them. A few will be presented here to give us a glimpse into his spiritual status. There was a wise and influential priest in Baghdad who had many followers. He knew Islam and the Holy Qur’an and had great love and respect for Rasoolallah (Sallallahu Alaihi Wasallam). He was ready to accept Islam except for one thing; he could not understand and therefore accept the physical ascension (Me’raj) of Rasoolallah (Sallallahu Alaihi Wasallam) to the heavens and beyond. The caliph introduced all the wise men and teachers of the time to the priest, but none could remove his doubts. The caliph then sent word to Huzoor Ghaus-e-Azam (Radiallahu Ta’ala Anh) requesting him to convince the priest. When Shaikh Abdul Qadir Jilani (Radiallahu Ta’ala Anh) came to the palace he found the caliph and the priest playing chess. As the priest lifted a chess piece to move, his eyes met with those of the Shaikh. He blinked his eyes…. and as he opened them he found himself drowning in a river. He was shouting for help when a young shepherd jumped into the water and saved him. As he came out of the water he realized that he was naked and had been transformed into a young girl. The shepherd asked the girl where she was from and she answered from Baghdad. The shepherd said that they were at a distance of a few months journey from Baghdad. He honoured and protected her but as she had nowhere to go he eventually married her and had three children who grew up. One day as she was washing laundry in the same river where she had appeared many years earlier, she slipped and fell in. As she opened her eyes…. the priest found himself sitting across the caliph, holding the chess piece and still looking into the eyes of Huzoor Ghaus-e-Azam (Radiallahu Ta’ala Anh), who said to him, “Now venerable priest, do you still disbelieve?” The priest was unsure of what had happened and thinking that it was a dream asked, “What do you mean?” The Shaikh asked, “Perhaps you would like to see your family?” and as he opened the door, there stood the shepherd and the three children. Seeing this the priest immediately believed, and he and his followers of about five thousand Christians all became Muslims at the hands of Huzoor Ghaus-e-Azam (Radiallahu Ta’ala Anh). A young girl who was a follower of Huzoor Ghaus-e-Azam (Radiallahu Ta’ala Anh) lived in Ceylon. One day she was attacked in a lonely place by a man intending do dishonour her. Helpless, she shouted, “Save me O my Shaikh Abdul Qadir!” At that moment the Shaikh was performing his ablution in Baghdad. People saw him stop, angrily grab his wooden shoe and throw it in the air. 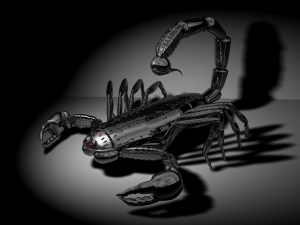