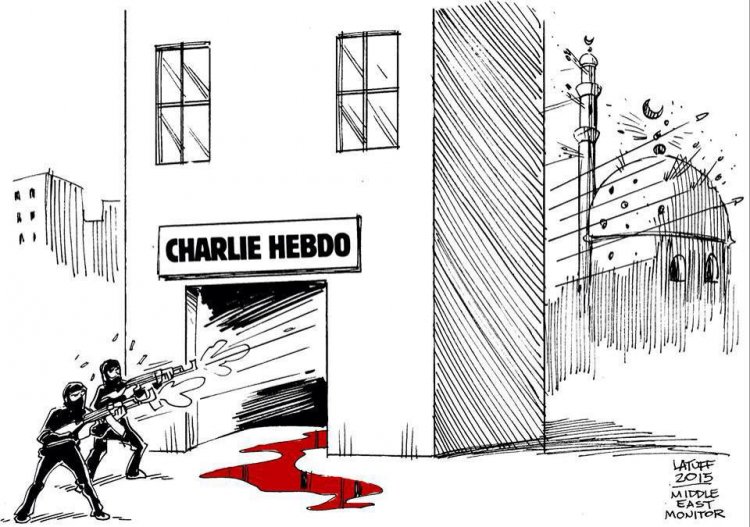 In January Muslims and Islam were once again thrown into negative spotlight by events in Paris which once again portrayed Muslims as uncivilised killers.

However even during this media spotlight, just like all previous times, some people researched Islam, read about our Prophet

and his life and saw beauty and truth. Even during this period of negative portrayal of Islam, people converted to Islam.

We cannot control if people accept Islam or not, but we can play our role to show them the truth. The majority of the world is not Muslim and there are many people who may be prevented from researching Islam due to the negative portrayals of Islam.

There are many non Muslims who will be swayed by the beauty and peacefulness of Islam if they were to research it and read up about it, but these people may not do so because of the negative media portrayal, or even interactions with Muslims which have been less than ideal.

We have been granted the gift of Islam, but this is not a guarantee - if we do not cherish it, this gift can be taken away from us. Likewise, Islam is not transmitted through family, tribe of genes, its enlightenment can reach anyone.

and his life. However even here there is much negative portrayal that people will have to fight through to get to the truth.

It is our duty to make sure that non Muslims atleast have the opportunity to learn about Islam and the prophet (saw).

It is also necessary for us to make ourselves into good muslims not only to present a good image to non Muslims but to save our own selves and increase the practice of Islam in our communities.

The Prophet’s Love and Tolerance for Mankind

According to a tradition recorded in the Sahih of Imam Muslim, when the Prophet’s opponents greatly increased their persecution, his Companions asked him to curse them. At this the Prophet replied, “I have not been sent to lay a curse upon men but to be a blessing to them.”

Why is the eating of pork forbidden in Islam?

The Prophet's Message of Peace

The Prophet and the People who Opposed him

You Must Know This Man

The Prophet’s Love and Tolerance for Mankind

11 January 2015 - David Cameron to stand with Netanyahu "against terrorism"

13 January 2015 - Charlie Hebdo decides to honour its dead by offending over 1.5 billion people

6 January 2015 - What do you make of plans for mandatory reporting of "Terrorist Toddlers"?

11 January 2015 - How can we tell the saheeh ahaadeeth from the fabricated ones?