What is a friend? According to the dictionary it's “a person who one knows and with who one has a bond of mutual affection". Ok, so the next question, who are our friends? Really think about it.

Who are the people that we choose to socialise with? Whose interests and goals match our own? Whose company do we love being in?

Most likely, you've started to think of those people that you've met at school, university or work, and perhaps for some of you, like me, you thought of your families too (yes seriously).

Generally when we think about our friends, we don't really think of our families, maybe it's because we've lived this long not realising that our families were actually our first friends. Yes we didn’t get a choice in the matter but somewhere along the line, we do begin to make a choice of how involved we want them to be in our lives. Although we share a natural bond, it’s partly because while growing up they have given us that time and presence that we crave from people (even as adults today). They are the first people to spend time completing activities that we enjoy, listening to us talk and just being around for us to hang out with.

I have two nephews who are both under the age of five and are in the early stages of school. Having been one of the people that they want to play with and want to share the smallest things with, I already (a little embarrassingly)  feel somewhat saddened at the fact that they're going to be making friends in school now - who will most probably end up being more important than their (oh so cool) aunt. I can’t even begin to comprehend how my sister and brother in law feel about this, or, even how my own parents felt when I was that young.

I remember one time in particular, during Ramadhan when I was in Primary school; I had snuck into my school bag and had bitten off the rather tempting head of my chocolate Freddo. I must have been ridden with guilt because I recall coming home, sitting with my dad and telling him that I had something to tell him and that he couldn’t tell anyone. After I had confessed my horrendous secret, he spoke in an I-promise-to-keep-your-secret sort of way and just told me not to worry and in a moment my young burdened shoulders felt the liberating feeling of no guilt and that was that. He had been, at that moment, not just my dad but my friend.

Yet, somewhere along the line, families usually end up no longer being the go to, and instead we're given a chance to choose for ourselves who we'd like to have the privilege to spend hours laughing (and occasionally crying) with us.

Surprisingly many of us don’t really contemplate how important a role these friends (whether they're family or the people we have chosen to befriend) have in our lives, both good or bad. The company that we keep slowly begins to reflect in our own behaviour, shaping us into the person that we are and maybe clashing with the person that we want to be.

I finally understood this a few years ago, when I began making Du'a asking Allah (swt) to distance those people who were not good for me. In all honesty I have no idea what made me even think about asking for this but I did, and not too long later (after making this Du'a a few times)  Alhumdullillah I found myself losing friends, not through arguments or confrontations but we just slowly lost touch.

And it got me thinking, how many of us choose our friends because they'll bring us closer to the Deen and to Allah (swt)? How many of us have friends who do things that we don’t feel comfortable with, things that also possibly go against the ways of our Prophets but we go along with it because they're our friends? And how many of us actually consider these people to be people that will help us to attain Jannah? Because let's be serious, isn't that meant to be our end goal as Muslims?

All I can do is speak for myself and from experience I can tell you that many of the people I used to consider as friends, I now find it quite necessary to keep them at a distance. That's not to say that they're totally bad influences because like us all , they definitely had good in them (Allah knows best) but it's a sort of precautionary device for me, so I’m not swallowed into a tornado of potential downfall Insha’Allah.

We live in a society where there is a possibility to meet people from all over the world, our communication is so vast that making friends couldn't be easier and although this most definitely can be the amazing road to success, for some it can be the start of a person's path to destruction, a position where Allah (swt) is displeased.

He tells us in the Qur'an 'O you who have believed fear Allah and be in the company of the truthful' – (Al Qur’an 9:119)

Here, we're given a pretty standard statement and breaking it down, there are two simple parts. We are told to fear Allah and we are told that the people that we are around (our 'company') should be truthful. Put together it tells us something crucial. We should fear that we'll fall into sin and be disobedient to Allah (swt). We should worry that the things that we do (whether knowingly or unknowingly) are things that will not only affect us negatively in this life but also be the deciding factor of our position in the Hereafter.

He is so merciful and so Kind that He provides us with the solution for this: 'be in the company of the truthful' because these are the people whose traits you'll pick up, whose likes will become your likes, whose priorities will eventually become your priorities. Prophet Muhammad (saas) said 'a man is upon the religion of his friend, so let one of you look at whom he befriends' (Abu Dawud). Surely then, if the friends that we keep are not pushing you to be better, discussing and learning about our Deen and do not seem to be striving to reach Jannah, they are not the friends that we want to be resurrected with on the Day of Judgement?

In fact the issue of friends and friendships is one that is mentioned a few times in the Qur'an. It tells us the enormous role our friends do play in our lives.

And (remember) the day when the wrong doer will bite his hands and say "Woe to me! Would that I had taken a path with the messenger. Woe to me! If only I had not taken so-and-so as a friend! He led me astray from this reminder (the Qur'an) after it had come to me. And Satan is ever a deserter to man in the hour of need" – (Al Qur'an 25:27-29)

Subhana'Allah! We’ll eventually turn on those who we happily displeased Allah with in this world. Those friends that we placed on a higher status than our parents, those friends who made us feel awkward about praying when we were out, those friends that planted hatred between us and another person, yet we kept them close to us. Why? What did we really gain from these people on the day where we will become strangers to one another?

And of course friends aren't all bad. Those who choose good friends in this life, Allah's Messenger (saas) tells us: Verily, Allah would say on the Day of Resurrection: Where are those who have mutual love for My Glory's sake? Today I shall shelter them in My shadow when there is no other shadow but the shadow of Mine. (Muslim 6225).

We're given truly remarkable promises for our good deeds. Funnily enough, we actually ask Allah (swt) every single day to bring to us closer to those that are good for us and remove those that are bad. In fact, we say it way over ten times a day - in our Salaah. Yep, Suratul Fatiha, the last three lines: 'Guide us on the straight path, The path of those whom Thou hast favoured; Not (the path) of those who earn Thine anger nor of those who go astray.'

Why is this something that Allah (swt) has placed in a position that is often repeated and we end up asking for good company time and time again? Because there is so much wisdom in this.  Allah (swt) is so lovingly saving us from falling into error. He knows that we have many choices to make in this life and He knows it’s not easy.

We’re often put at a crossroad where we have options and we need to choose which path to take. All He wants is to make it easier for us and how much easier would things be if we were constantly around friends that want the same things as us that will help us to strive to be better and help us to remember the Creator? Providing us with a sense of comradeship, a place where we will belong, a feeling of understanding and not only that but also a friend with who we’ll Insha’Allah share the fruits of Jannah with.

No doubt my family are my best friends and nothing can ever change that.

So cute how you're worried about your nephews seeing their friends as being more important than you.

Thanks for this, it's great 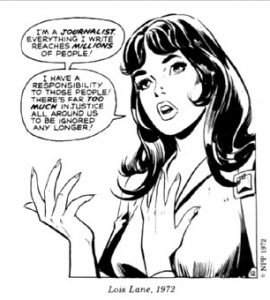