Since 9/11, a new phenomenon is being observed across the Middle East. Shia Islam is making inroads among the Arabs.

King Abdullah of Jordan was the first head of state that voiced Arab fears of emerging power of Iran in the world.

Even back in 2004, the King Abdullah II of Jordan said he fears a "Shi'ite Cresent" on the rise in the Middle East.

Saudis are also alarmed at their population looking towards Iran. They feel threatened by the rise of Iran. Saudi Arabian King warned Iran against converting Arab nation to the "devious" sect. King Abdullah vowed to stop Shiaism from spreading in the Middle East. The rates of conversion among Salafies has made some Sunni scholars issues fatwas against Shias. Qaradawi accused what he called "heretical" Shias of "invading" Sunni countries.

Here are some headlines:

Sheikh Yusuf al-Qardawi, chairman of the International union of Muslim Scholars, recently made statements to the Al-Misri al-Yawm newspaper that included frank and daring warnings against the Shiite expansion in the Sunni states. Had the statements been made by someone else other than al-Qardawi, it would not have caused such an impact, not only because of his clerical status and fame in the Arab and Islamic worlds, but because al-Qardawi represents a tolerant school of thought which brought him a great deal of criticism, which at times reached the point of slander. Thus do the frank views of the "tolerant" al-Qardawi mean that the Sunni redlines have been invaded by the Shiite thought and that the Shiite knife has reached the bones?

Though Sunni, Egypt by history is founded on a Shia base, confounding agitators who want to drive a confessional wedge into the heart of Islam, writes Mustafa El-Feki

Egypt is a Sunni country but with strong Shia leanings. It is the country that gave refuge to the descendants of the Prophet Mohamed in the first century AH and continues to venerate them today. Its venerable Al-Azhar University is one of the few Sunni academic institutions to teach Shia Jaafari jurisprudence alongside the four schools of Sunni jurisprudence. This is of no small import given the historical and symbolic significance of Al-Azhar. In addition, Egypt was the first officially Shia state which, founded in the mid-10th century AH, did more than its predecessors to shape the traditions and values of Egyptian society.

Sunni Arabs concerned over a 'Shiite crescent' of power in Mideast

While the United States waits with optimism for Iraq’s elections, neighboring Arab nations are nervous. They fear the vote could signal the rise of Shiite Muslims in their Sunni-dominated region, embolden their own Shiite communities and perhaps strengthen Iraq’s ties with Iran.

Arab nations long have been wary of non-Arab, Shiite Iran and worry that an alliance with a Shiite-ruled Iraq would shift the balance of power in a region dominated for centuries by Sunni Muslims. The largely Sunni Muslim regimes also fear such an alliance would inspire unrest among their Shiite populations, which have long complained of discrimination.

Sunni governments are nervously eyeing a militant alliance capable of taking on Israel.

Conclusion: The more terrorism there is, the more shi'as there are?
Probably not something you wanna shout about...

Rawrrs_isarollingstone wrote:
Conclusion: The more terrorism there is, the more shi'as there are?
Probably not something you wanna shout about...

If that is how you interpreted it.
Reality is Wahhabism and Salafism is on the way out.
Shia Islam is fast becoming the new cool thing.

malik wrote:
If that is how you interpreted it.
Reality is Wahhabism and Salafism is on the way out.
Shia Islam is fast becoming the new cool thing.

How come that more and more non-Muslims accept Islam as Sunni's then?! It's wrong to claim shia Islam as the 'new cool thing', because that would be considered as a lie, which as you should know is wrong in Islam..

We Shias dont lie unless we are doing Taqiyya, in which case it is allowed to lie.

Rawrrs_isarollingstone wrote:
Conclusion: The more terrorism there is, the more shi'as there are?
Probably not something you wanna shout about...

I think that's the case with 'normal'Islam anyway. I don't really see the problem with that statement :S Terrorism leads to more people questioning and looking into Islam and so more people converting.

malik wrote:
We Shias dont lie unless we are doing Taqiyya, in which case it is allowed to lie.

What's taqiyya? When can you use it?
—

Taqiyya means lying, or hiding your true beliefs, from those who are a threat to you.

In Islam, you are allowed to use Taqiyya if telling the truth is harmful.

Everyone does Taqiyya in their life.

Shia Muslims are proud to admit doing Taqiyya because it is liked by God.

malik wrote:
Shia Muslims are proud to admit doing Taqiyya because it is liked by God.

Now we know what you do on here lol

If someone asked you- malik when have you not used Taqiyya in your life you would not be able to come up with answer to save your life because that's what you shia's have been doing all the time, the Shia fiqa is a big Taqiyya its self

Taqiyya is essential part of Shia School of Thought.

I have been doing it since I can remember.

Who is threatening you?

There was a gang of nine Wahhabi bullies, so I told them I liked Umar.
Although I really dont. 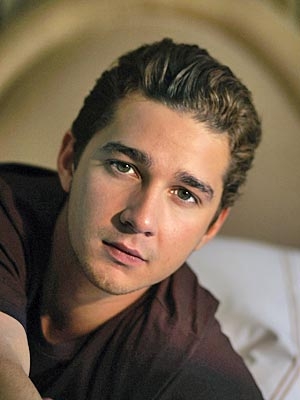