If Allah couldn’t save his own house and land from being flooded how is he going to save me and you from the so called hell fire?

If his creation is for our benefit, then what is the benefit to those who will burn in hell forever?

If God is self-sufficient all seeing and knowing, and does nothing in vain, isn't creation the height of vanity?

What's the point of God's test when he knows the outcome already? Is it just so that he can have a reason to punish & reward?

God who creates humans knows that a lot of them will fail his test and be tortured without end, can he be called The Most Merciful [Rehman and Rahim]?

Why does the Qur'an say don't ask questions about things, when the answer would trouble you.

If God wanted us to freely choose to worship him - then why does he threaten us with Hell fire? Does someone with a gun to his head really have free choice?

You believe that other people are following false, corrupted or unfounded beliefs? How are you certain that you're not doing the same?

If a bus is hurtling at you, it doesnt matter if you close your eyes or not - it will still hit you.

If you knew anything about Islam, you would know the the flooding around the ka'bah is no big catastrophe. people will even consider it a blessing to be there when it rains.

Nothing can happen without God's will/permission and that includes the flooding of masjid Haram.

Either you believe in God or you dont.

You're too small minded to really consider these things properly.

You wrote:
If you knew anything about Islam, you would know the the flooding around the ka'bah is no big catastrophe.

What if the whole place got flooded?

You wrote:
people will even consider it a blessing to be there when it rains.

You wrote:
Nothing can happen without God's will/permission and that includes the flooding of masjid Haram.

How do you know that?

You wrote:
Either you believe in God or you dont.

I just want to known as an ex Muslim

You wrote:
You're too small minded to really consider these things properly.

Lol, there's no compulsion in faith, you can do whatever you want. I think, well for me anyway, you seem to be close minded because you can't actually come up with a decent argument to back up your point. Just a load of immature, not-thought-out comments.
—

OP sounds like a list of Q off some random forum some atheist must have asked. lool

pff. you still need some attachment to ISlam eh? loser

and as an apostate to muslims.

you're no ex-muslim you coward.

I take the above back. All of it. And i apologize to lollywood. Please forgive for those words. Please. A beloved friend showed me the right way and what i've said above was out of frustration. Again. I apologize. I wish i could take it back. I'm sorry Lolywd.

Just because you or even anyone Doesn't knows much about Allah, doesn't mean you have to be against almighty Allah.. We will all meet him one day and know everything we want to know. It all comes down to our faith and believe without seeing, that is our test in this life.. There is a God out there, looking at science for what are the chances for it to be life and also much other things. Quran is the biggest miracle that has happened ever.. We can not understand certain things for a reason, that's why us humans can only use 2% of the brain.. Don't forget its all a test for us and we all have a choice in the action we make. Allah will only make certain actions such as how much money we will have, how many kids we will have, who will be your wife or husband and so on etc.... We all have a brain and all the actions we take in life is up to us. I think you need to study more about Islam to build up your faith again and get some answers you are looking for. May Allah bless us all and guide us to the right path...

Ami, based on your post, it seem very likely that you use only 2% of your brain.

The non-religious people use all 100% of our  brains. 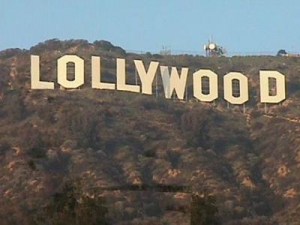