Hajj is referred as a very signified event for all the Muslims around the world. This occasion has been declared among one of the largest events globally. Hajj takes place each year and this is the mandatory duty of all the Muslims who are physically and financially competent to perform Hajj once in their life. According to the reports, in 2018 Saudia hosted approximately 2 million Muslim on Hajj and every year this amount keeps on changing.

Before we discuss the significance of synchronization during Hajj let’s discuss the chronic incidents which took place and lives which were lost due to the stampede and hassle during Hajj.

This tragedy is known as the Tunnel tragedy and the number of deaths occurred in the Al-Ma'aisim tunnel which leads towards Mina and Arafat. Due to the rush and massive hassle, 1,426 people were suffocated and lost their lives. This incident created massive fear in people and was said to one of the most ruthful accident due to stampede.

After 1990 another stampede which took the lives of many Muslims during the pilgrimage where approximately 2,431 people died and thousands were injured. This all happened when the pilgrims were heading towards the Jamaraat Bridge. The cause of this incident is also reported as the lack of control but some sources remain silent regarding the reason for this whole incident.

Many people lost their lives in the pilgrimage of 1994,1998,2004, 2006 as well due to stampede and lack of control over regulating the human order.

What are the Possible Reasons for Stampede?

Most of the people might think that a stampede is caused when the administration is not responsible or it fails to achieve the proper synchronization of the pilgrims which come to perform Hajj. But this is not actually the cause of stampede whenever stampede occurred the main reason behind it was the tension which got developed in the people as they saw an incident which was discomforting. If anyone from the crowd overreacts to a situation lets say the rush and or the overcrowdedness then a chaos could be the most possible result because that one overreacting human will not only let his or her life of stake but all other will also get panicked and they will also start reacting the same way. This will cause the whole scenario to turn into an unwanted disaster for all the people who traveled from there homes for performing the prestigious Hajj.

The Significance of Synchronization For Preventing Unusual Incidents On Hajj

Following the regulations is a very important point when you are in a gathering and when it is regarding the most important occasion and gathering, then you have to be more careful. The importance of synchronization on Hajj is very important and you can keep yourself safe while performing Hajj 2019 if you will keep these following points in mind.

Make sure no one from your group gets panic so be active regarding yourself and people around you. If someone faces an emergency try to accommodate them without creating an awkward scenario.

If one person is yelling or reacting to something try not to join them and relax them as well, this is very important for reducing the chance of sudden chaos.

If a person is not following the line order then try to report to the administrators or ignore the person rather than fighting. The more you will avoid such situation the more you will keep yourself safe.

Now we know that creating rush can also create the chaos, so all the important regulations which are told to you needs to follow. You have to stay focused on following them. Because this is the only way to avoid the stampede.

This whole scenario which is explained to you above is for making your Hajj 2019 more comforting and pleasing experience. If you will keep the above points in mind and will try to keep yourself active and synchronized then your pilgrimage will be a more tension free and refreshing experience than ever! 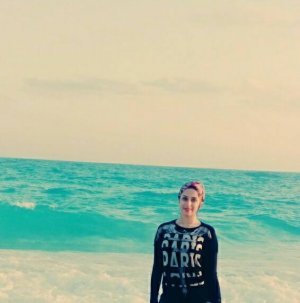 Hi, This is Aafia Khalid from Egypt, currently living in Leeds, United Kingdom. I have a love for reading and writing about travel experiences, travel destinations, and the teachings of Islam.