With the rise of drug misuse, especially by our youngsters, I decided to write an article to highlight the dangers of smoking weed and by concluding with an Islamic perspective. Marijuana or K2 is a class B drug which is widely popular in the UK. Marijuana (weed, hash, pot, dope etc.) effects the mind.

The National Institute for Health states that, due to the misuse of drugs, there is a change in the neurotransmitters such as dopamine and serotonin. These neurotransmitters are affected by all drugs. Furthermore, the more a person smokes weed throughout their lifetime, the greater the chance of developing mental health disorders, later on in life.

Additionally, the long term risk of smoking Marijuana is, it increases the risk of acute toxic psychosis and panic attacks, It may badly disrupt the nerve cells in the part of the brain where memories are formed, long term use of Marijuana can lead to Schizophrenia and there is evidence of teenagers who smoke Marijuana can develop Schizophrenia in later years.

Furthermore, studies show that Marijuana or K2 is the main cause of many mental health disorders. Heavy Marijuana users are seven times more likely to develop schizophrenia later in life compared to the non-smoking users. Moreover, study has also found that the earlier the person smokes Marijuana (15-18), the greater the risk of developing schizophrenia. Studies also show that adolescence who smoke Marijuana are at risk of developing psychotic disorders in adulthood. Furthermore, a study published in 2005 showed that regular use of Marijuana may double the risk of psychotic disorders because Marijuana causes chemical changes to the brain i.e. changes in the neurotransmitters.

In Islam, Allah has prohibited certain things and made it illegal (haram) due to great wisdom. If the particular thing has disadvantages that outweigh the benefits, if the bad outweighs the good, then it is classed as haram. Weed is haram as it is an intoxicant and is very similar to alcohol.  it is evident that numerous verses have been revealed in the Quran to warn the believers of intoxicants. there is a hadith which may shed light on this matter: "The halal is clear and the haram is clear, and between them are matters unclear that are unknown to most people. Whoever is wary (cautious) of these unclear matters has absolved (freed) his religion and honor. And whoever indulges in them has indulged in the haram.” (bukhari and Muslim). Here Allah is stating that we must avoid matters which cause doubt. Also because Marijuana causes more damage, then good, we must abstain from it and Allah says: ‘O you who have believed, indeed, intoxicants, gambling, [sacrificing on] stone alters [to other than Allah ], and divining arrows are but defilement from the work of Satan, so avoid it that you may be successful.’ Surah Al Maidah 5:90). Here Allah is saying avoid ‘intoxicants’ and weed is classed as an intoxicant because the term ‘intoxicant’ refers to a substance that may cause change to one’s physiological and mental health. Weed users may call this the ‘high.’

Furthermore, as earlier stated, haram is that which causes damage to one’s physiological (bodily) and mental health. Long term Marijuana users have an increased risk of developing mental health disorder because weed causes chemical changes to the brain. When a person experiences the ‘weed high’ they may not be in a conscious state to pray salah. Moreover, weed causes harm to one’s health as it contains the chemicals cannabinoids and tetrahydrocannabinol (THC). Allah says: “And do not kill yourselves. Surely Allah is most merciful to you. And whoever commits that through aggression and injustice, we shall cast him into the fire and that is easy for Allah.” (Quran 4:29) the term ‘Killing yourself through injustice’ means that your body has a right. You do not have the right to harm your body, deprive it of cleanliness and food because it will speak against you on the day of judgement. By taking intoxicants, and causing harm is injustice to the body. Also, Allah says: “And do not throw yourself into destruction.” (Quran 2:195). We do not have a right over our body. It has a right over us. And our body is a loan which must be paid back to Allah. On the day of judgement we will be accountable on these matters.

The Prophet Muhammed Salatu Wasallam said: “By him in whose hands is my life, you are ordered to enjoin good and forbid evil, or else Allah will certainly afflict you with torments. Thereafter even your duas (supplications), will not be accepted (Tirmidhi). Smoking weed is an evil act due to the risk it has on one’s health. People smoking weed are slowly dying and It is a way of the devil calling one to evil as Allah has mentioned this in (Surah Maidah 5:91): “Satan only wants to cause between you animosity and hatred through intoxicants and gambling and to avert you from the remembrance of Allah and from prayer. So will you not desist?

The Prophet Muhammed salallaho alaihi wasallam said: “When the people see a person committing a wrong, but do not seize his hand to restrain him or her from the deed, it is likely that Allah will punish them both.” (Abu Da’oud, Nasa’I, Tirmidhi).

So the choice is now yours!

*The information above is 100% accurate and was partially taken from my assignment. This was graded at Distinction* 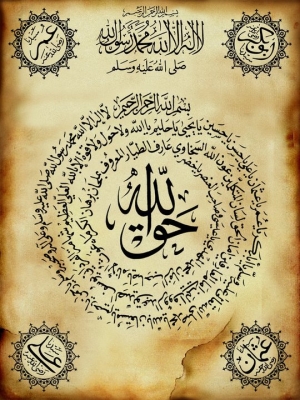